The event was attended by many and it showed a body of work developed through shared interests and a collaborative approach among the three artists. 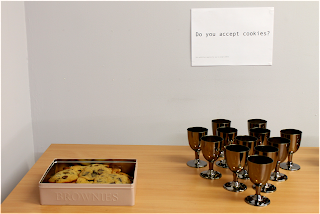 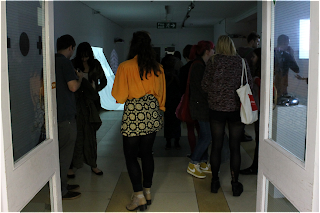 <Cut>and<Paste/> displays predominantly projection-based works to generate an experiential and immersive exhibition of light and video where the tangible and intangible are necessarily compared; not just exploring evolving forms but also the subsequent evolution in our experience of and interaction with information. 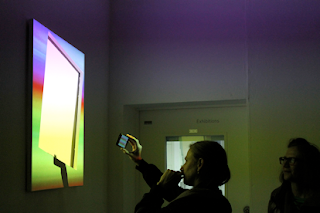 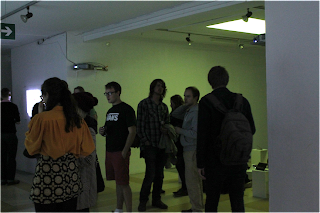 The artists/curators would like to thank everyone who attended the preview event and showed interest in the project.

The exhibition continues until 28 September, with a closing event on 26 September. STAY TUNED FOR MORE INFO ON OUR CLOSING EVENT! 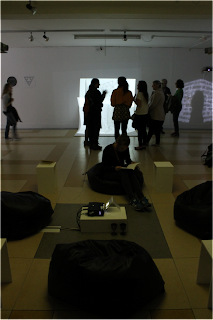 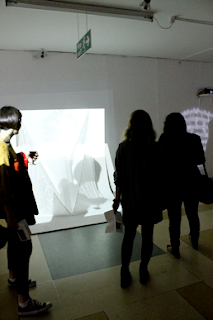 Collaboration has been a constant throughout the project. Not only between the exhibiting artists, where the collaborative aspect became important as the roles of artist and curator become indiscernible, but also with many who assisted and engaged with the project. The curators/artists would like to thank the Cooper Gallery team for their collaboration and invaluable support!

For more information and updates on <Cut>and<Paste/> visit our facebook event page, and check out this feature on Summerhall TV!