Jamie Donald responds to A is for Avant Garde, Z is for Zero 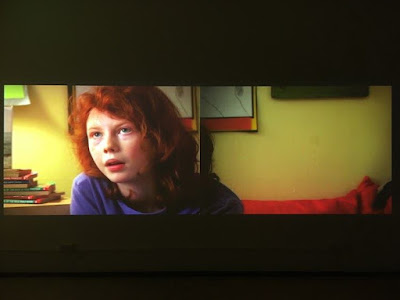 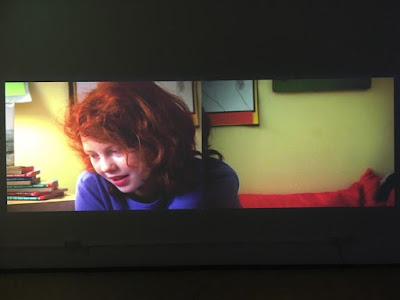 Kerry Tribe, Here & Elsewhere, 2002. 2-channel video projection. Install view Cooper Gallery 2020. Photos by Jamie Donald. A is for Avant Garde, Z is for Zero: Notes on ‘here and elsewhere’ When I was about seven years old, a teacher made my class do a drawing exercise. She played us a piece of classical music, which we were to listen to, eyes closed, and afterwards draw a picture of what we had seen while it played. I used the provided crayons to try to depict a sort of glowy, vascular, red/pink/orange texture, that sprawled all the way out to the paper’s edges. The teacher asked if I had misunderstood. The image was taken away, and it was suggested that I draw a river with some trees, and maybe a butterfly, instead. At some point last summer I listened to a podcast on colour and language, on language for colour. A linguist discusses an experiment he undertook, that made a test subject of his daughter and her young and spongy mind: he taught her all the colours, but never told her the colour of the sky. The linguist periodically asked her to name the colours of the things in their surroundings, and other than the large (blue) body above she was largely successful. The first time he pointed upwards, she couldn’t see what he was pointing at. Season one of Westworld uses a series of interviews between a robot and her maker to track her gradual ascension to consciousness. The shots flicker between the parent and the child. Dolores - do you ever question the nature of your reality? “It is editing which produces the alternative world which we imagine behind the screen. It is because there are gaps and differences of point of view that we lend this imaginary world extension, time and space.” ** In Kerry Tribe’s ‘Here and Elsewhere’, Peter Wollen asks his daughter Audrey about the nature of images - about truth, perception, reality. He asks if she has seen herself on film, and when she says yes, he asks her who she saw. Moments before, or after, the film-maker asks her if she, presently, is playing herself or being herself. She smiles, like she has been caught. ** Laura Mulvey and Peter Wollen’s Index cards from Penthesilea, Queen of the Amazons, 1974.

______________Exhibition invigilators were invited to respond to an aspect of the exhibition A is for Avant-Garde, Z is for Zero
Jamie Donald is an artist fish enthusiast, DJCAD graduate and committee member of GENERATORprojects and wooosh gallery. Visit her website: https://jamiedonald.com/