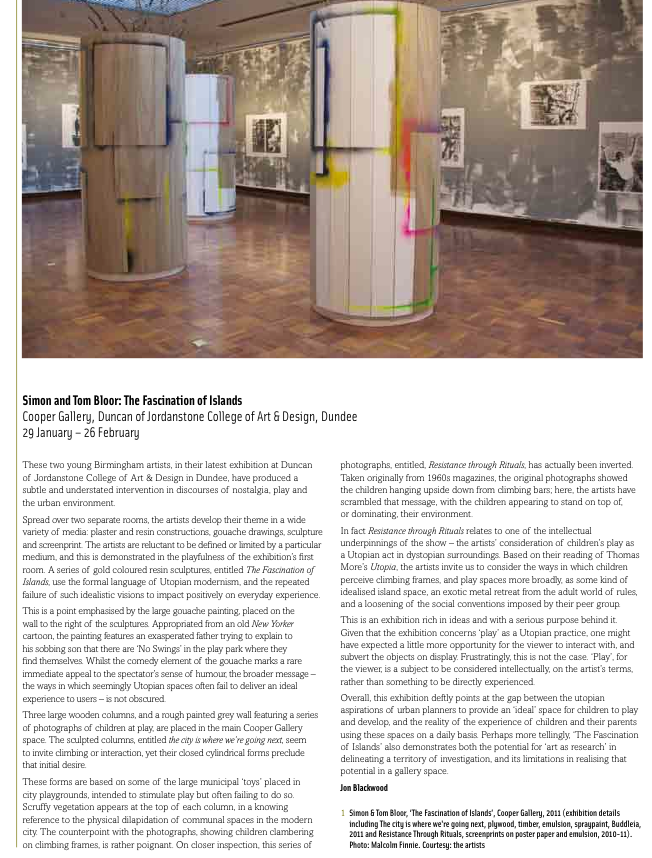 
Scotland’s international poetry festival StAnza 2012 was previewed this Tuesday evening (February 14th , 2012) in Duncan of Jordanstone Lower Foyer Gallery. The informal event was hosted by festival’s director Eleanor Livingstone and several UK based poets who are participating in StAnza which will be held in St. Andrews 14th – 15th March this year. DJCAD Professor Tracy Mackenna introduced the audience with a new project in collaboration with Edwin Janssen for the festival.
Founded in 1998 StAnza is the only regular poetry festival in Scotland .This year it offers a big range of events based on two themes The Image and Poetry by Degrees in different venues of St. Andrews. The first selected poems were read in the Lower Foyer Gallery. Various short readings were performed by four poets: Andy Jackson introduced his Split Screen project and read the poem inspired by TV themes; Tim Turnbull performed the piece from his unusual looking notebook; Morgan Davie made the audience laugh with a poem about Manga and the Hebrides and last by no means least Angela Wrapson (StAnza Chair) read the final poem of the evening followed by Mending Heart Trio songs. 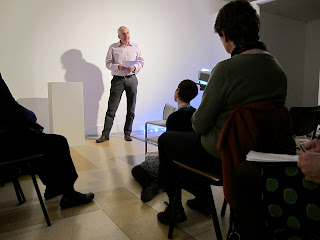 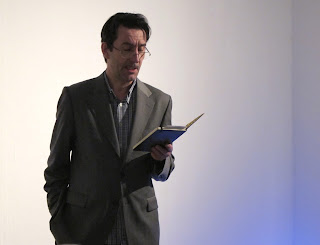 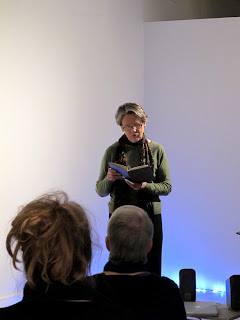 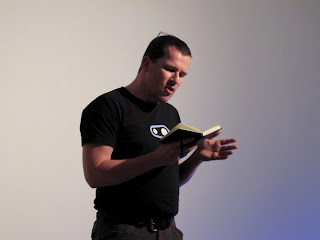 Furthermore, Eleanor Livingstone promised that the visitors of the festival should expect much more as the program offers a big range of international music events, performances, talks, film screenings and workshops (etc.). StAnza welcomes all age poetry admirers and also includes free events. 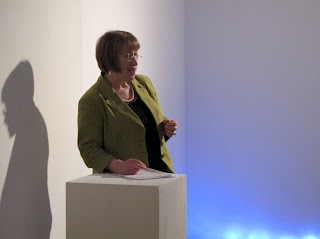 The significant part of the preview was lead by Professor Tracy Mackenna. The overview of Professor Edwin Janssen’s and her new project ‘’The Poem Pedlar’s Pearls’’ intrigued the listeners. StAnza’s main website states that the project will be focused on importance and relevance of the image in poetry, psychology, religion, visual art in relevance to the history of St. Andrews and local people will be interviewed to get first-hand information as it is an important part of The Poem Pedlar’s Pearls. 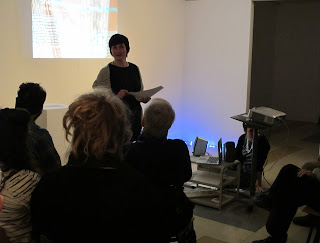 My general observation about Scotland’s international poetry festival’s StAnza event in DJCAD is very subjective: as a foreign student I do not feel emotionally attached to the traditional Scottish poetry. However, this evening enclosed the new approaches towards this type of art in Scotland today. I am looking forward to hear more modern poetry in St. Andrews in March.


Posted by Gabriele Jogelaite at 07:21 0 comments

Sofia and myself would like to thank everyone who came along and participated in the seminar we held yesterday for our up-coming exhibition in March.
For those of you who weren't able to make it yesterday and those who wish to have another look over the images we used as examples, I have uploaded the PowerPoint Presentation slides below: 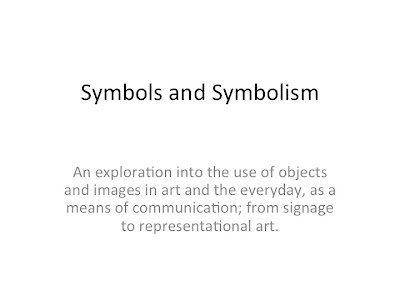 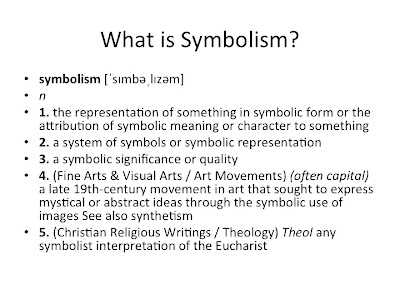 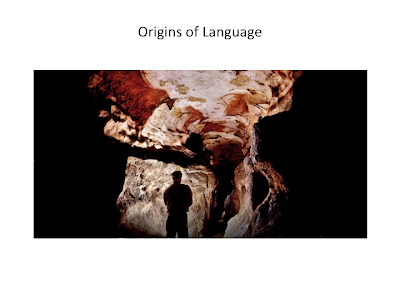 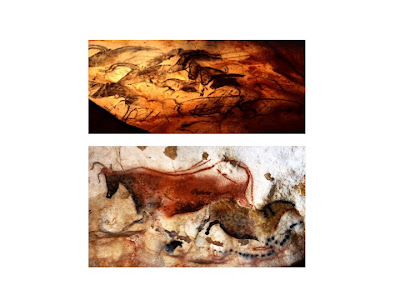 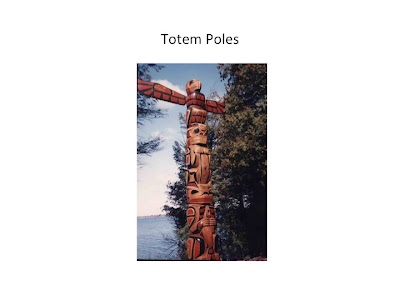 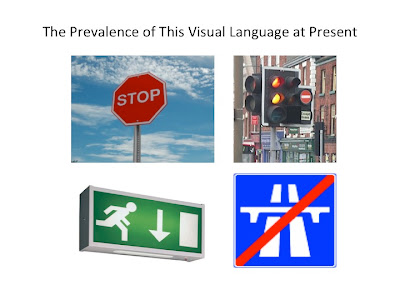 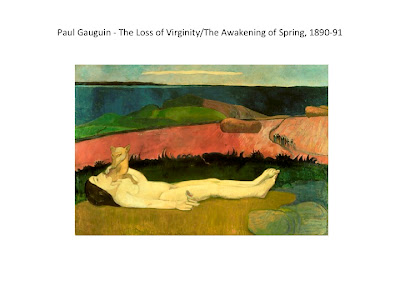 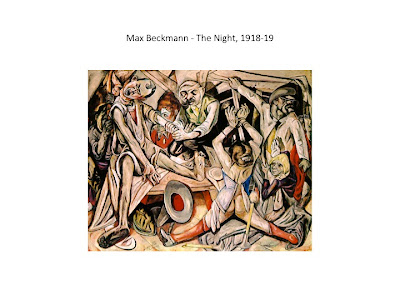 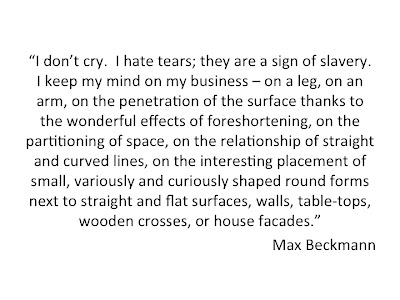 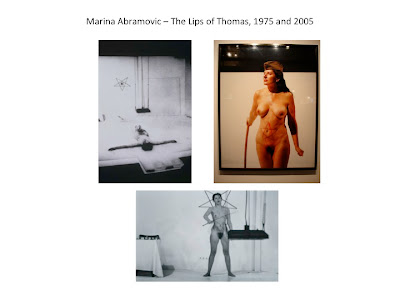 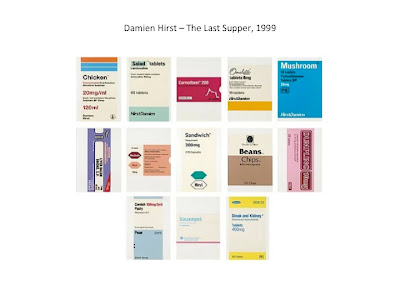 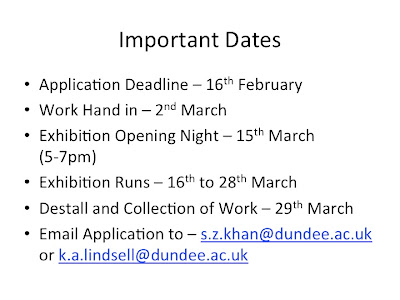 I'd also like to share some documented photographs of the seminar with a massive thank you to Lynsey Mather! 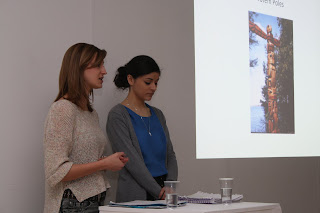 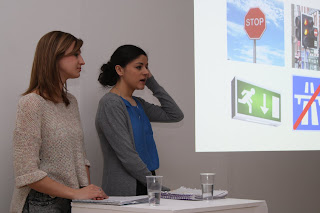 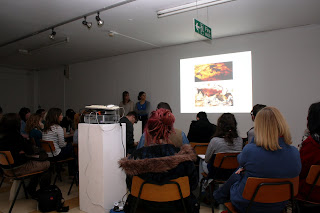 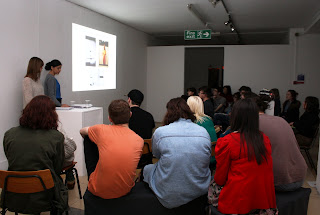 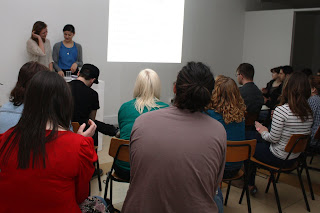 Once again, thank you to all who came along. I'd just like to remind everyone that the application deadline is tomorrow, Thursday the 16th of February. We look forward to hearing from you!
Posted by Kerry Lindsell at 06:24 1 comments 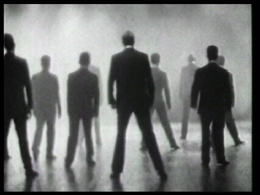 To resonate with the RECORD>AGAIN! 40yearsvideoart.de - Part 2 Exhibition, a selection of works from the REWIND|Artists’ Video in the 1970s & 1980s collection at Duncan of Jordanstone College of Art & Design will be presented for this screening programme. The selected works span the period from the 1970s to the early 1990s and draw on themes revolving around the relationships between the self , the state, the media and the environment. Highlights include the influential British video artist David Hall’s work that interjects throughout the screening programme, Hall has recently received a lifetime achievement award at the Samsung Media Art Awards. Details of the programme are at the base of this page.
RECORD>AGAIN! 40yearsvideoart.de - Part 2 is the second phase of a remarkable project40jahrevideokunst.de, initiated by the German Federal Cultural Foundation in 2006. Under the direction of ZKM Karlsruhe (Centre for Art & Media Technology), five leading German museums have worked in collaboration for the realisation of the project, which aims to preserve, restore and disseminate one of the most influential art forms of the 20th century; Video Art.
Including many works that have not been seen for decades, the exhibition features over 40 outstanding video pieces made between 1968 and 2008. Highlights include a rare work by Ulrike Rosenbach with her partner at the time, Klaus vom Bruch, the boxing match from 1972 that Joseph Beuys participated in at the documenta 5, and the first video synthesizer collages by Walter Schröder-Limmer.
The exhibition focuses exclusively on the medium of video and the core mission of the project, which is preservation, not canonisation. Many works from the history of video were considered untraceable, lost or no longer playable. The project’s main concern is to save these works from deteriorating while at the same time reconstructing the history of the video movement as a whole.
The REWIND: Artists’ Video in the 70s & 80s research project at Duncan of Jordanstone College of Art & Design provides a meaningful context for this exhibition to be shown at Centrespace at Visual Research Centre, DJCAD. The REWIND project through its focus on video works of the 1970s and 1980s provides a resource to address the gap in historical knowledge of the evolution of electronic media arts in the UK. Funded by the Arts and Humanities Research Council (AHRC) it has investigated, conserved and archived over 450 single screen and installation works from the first two decades of artists’ works in video. Building upon the success of REWIND UK, a new funding support from the AHRC enables the project team to embark on REWINDItalia; a 28-month project that explores the important history and narratives of video art activity in Italy between 1968 and 1994.
* The exhibition and In-conversation event are presented in association with Goethe-Institut Glasgow
More about REWIND:
REWIND project website  http://www.rewind.ac.uk/  includes a database with detailed information, technical information, ephemera, reviews and critical texts on the artists & works, paper archive, interviews, oral testimony, clips and still images from all the works with searchable index. The masters viewing copies  form the basis of REWIND I Artists’ Video Collection, for curatorial, scholarly and public access at the Visual Research Centre, Dundee Contemporary Arts and Central St Martins College of Art & Design, University of the Arts London.
A REWIND publication will be produced in 2012 (published for UK by John Libbey Publishing; and for USA by Indiana University Press), with contributions from Sean Cubitt, Grahame Weinbren, Yvonne Spielmann, Malcolm Dickson, Stephen Partridge, Adam Lockhart, Jackie Hatfield, Emile Shemilt and Mike Leggett, with Foreword by Brian Winston.
Following the successful research and archiving of UK video art through the REWIND research project, a new £209,000 grant from the Arts & Humanities Research Council (AHRC), will enable the project team to embark upon REWINDItalia. This 28-month project will explore the important history and narratives of video art activity in Italy between 1968 and 1994.
Stephen Partridge is an artist and academic researcher. He is the principal investigator on the research project REWIND funded by the Arts & Humanities Research Council (AHRC). He exhibited in landmark video shows including Video Show, Serpentine (1975), Installation Show, Tate (1976) and The Kitchen, New York (1979). During the eighties he became interested in works for broadcast television and was commissioned by Channel 4. With Jane Rigby, he produced the innovative Television Interventions project, Channel 4 (1990). He has also curated a number of influential video shows and touring tape packages:Video Art 78 in Coventry; UK TV New York; National Review of Live Art 1988-90; 19:4:90 Television Interventions; Made in Scotland I,II, Semblances, Passages.  Other major collaborations include installations and prints with the artist Elaine Shemilt. He established the School of Television & Imaging at Duncan of Jordanstone College of Art & Design (University of Dundee) and is presently Professor of Media Art and Dean of Research.
Programme:
David Hall, TV Interruptions 93 – reacTV, 1min, 1993
Ian Breakwell/Mike Leggett, One, 15min, 1971
David Hall, TV Interruptions 93 – contexTV, 1min, 1993
Mick Hartney, State of Division, 5min 38secs, 1978
Chris Meigh-Andrews, Continuum, 4min 40secs, 1977
Madelon Hooykaas/Elsa Stansfield, Running Time, 6min 4secs, 1979
INTERLUDE - with a live performance from The Devotionalists
David Hall, TV Interruptions 93 – withouTV, 1min, 1993
Clive Gillman, Electrical Development, 10min, 1986
Judith Goddard, Celestial Light and Monstrous Races (Multiscreen Version), 4min 40secs, 1985
David Hall, TV Interruptions 93 – exiTV, 1min, 1993,
Rik Lander, Trial By Media, 6min 22secs, 1989
Mike Stubbs, The Sweatlodge, 6min 54secs, 1991
David Hall, TV Interruptions 93 – ecstaseeTV, 1min 30secs, 1993
Total Running Time: 65mins (Part 1 33m, Part 2 32m)
Centrespace, Visual Research Centre is part of Duncan of Jordanstone College of Art & Design and is located on the lower floors of Dundee Contemporary Arts, 152 Nethergate, Dundee.
Posted by Cooper Gallery, DJCAD at 03:43 0 comments

Back in December, I ventured into the Cooper Gallery for my first public outing as a ‘Research Student’. With the blessings of Sophia and Laura, I set myself up within the space, to encourage conversations with visitors, and gain a deeper insight into the practices of the Design Research Unit. DRU Dialogues was an early research exercise, evaluating curatorial practice in terms of ‘curating innovation’, in relation to the exhibition ‘Design Research Unit 1942-72’, a touring exhibition curated my Michelle Cotton. I used my time in the gallery to take notes, sketch, take photographs, create mind maps, and read more about the origins and working methods of the DRU. Michelle Cotton’s book that accompanied the exhibition is an account of the history of the DRU and its members, from the end of the 1920s up until the 1970s. It contextualizes the objects that were shown at the exhibition, to a greater depth than was possible within the limits of the exhibition space.

The main benefit to creating a research space within the gallery was the possibility of approaching visitors, and hearing their thoughts and opinions. I think it is important to be able to access the superb facilities we have here. Creating a conversational space: having the opportunity to use the gallery, as a site for research and interaction, was hugely beneficial for my continuing development as a researcher. A collaborative approach to learning and development is encouraged throughout DJCAD: Exhibitions already work with a student curatorial team, who last year produced exhibitions such as Collections Part 1 and Part 2. Throughout the remainder of my time as a researcher, I hope to be able to work again with Exhibitions, as well as staff and students from other departments.

During DRU Dialogues, students, staff and members of the public all visited the exhibition, for various reasons and durations. Several comments made by visitors related to their pleasure at seeing a design exhibition within the Cooper Gallery. As a space predominantly used for fine art practices, the situating of design here was significant, and an act that curator Sophia would look to repeat. Original photographs, letterheads and physical objects, were other aspects that were of major interest to some viewers, and these went some way to developing a narrative of the historical period in which the DRU were active.

For me, the discussions that arose around curating and viewing design, and how this seems to differ from curating and viewing fine art, were significant. Do you require more, or less explanation of design works in a gallery space? Does your approach to interpreting design differ from interpreting ‘art’? What is the essence of design, the product or the designer’s processes? How do you convey the research process, through exhibition, in an engaging, relevant way for the viewer? Is using the term ‘viewer’ or ‘audience’ too passive for exhibitions that encourage an engagement with design processes? These are questions that will be cropping up again and again throughout my research, and I hope to continue the conversations that attempt to address them, and produce responses to them. No final solutions were forthcoming during DRU Dialogues, so the conversation will have to continue…