Read below for excerpts of Giles Sutherland's review, or see his website for the full review.

"Khan’s voice is intelligent, brave and consistently challenging. Her achievements seem all the more impressive given the obvious constraints within which she operates."

"NAIZA Khan, who was born in 1968, lives in the Pakistani port of Karachi where she works as an artist in various media including drawing, watercolour, sculpture and film. In 2013 she received a Prince Klaus Award, from the Netherlands, when she joined a small group of international laureates recognised for outstanding contributions to culture." 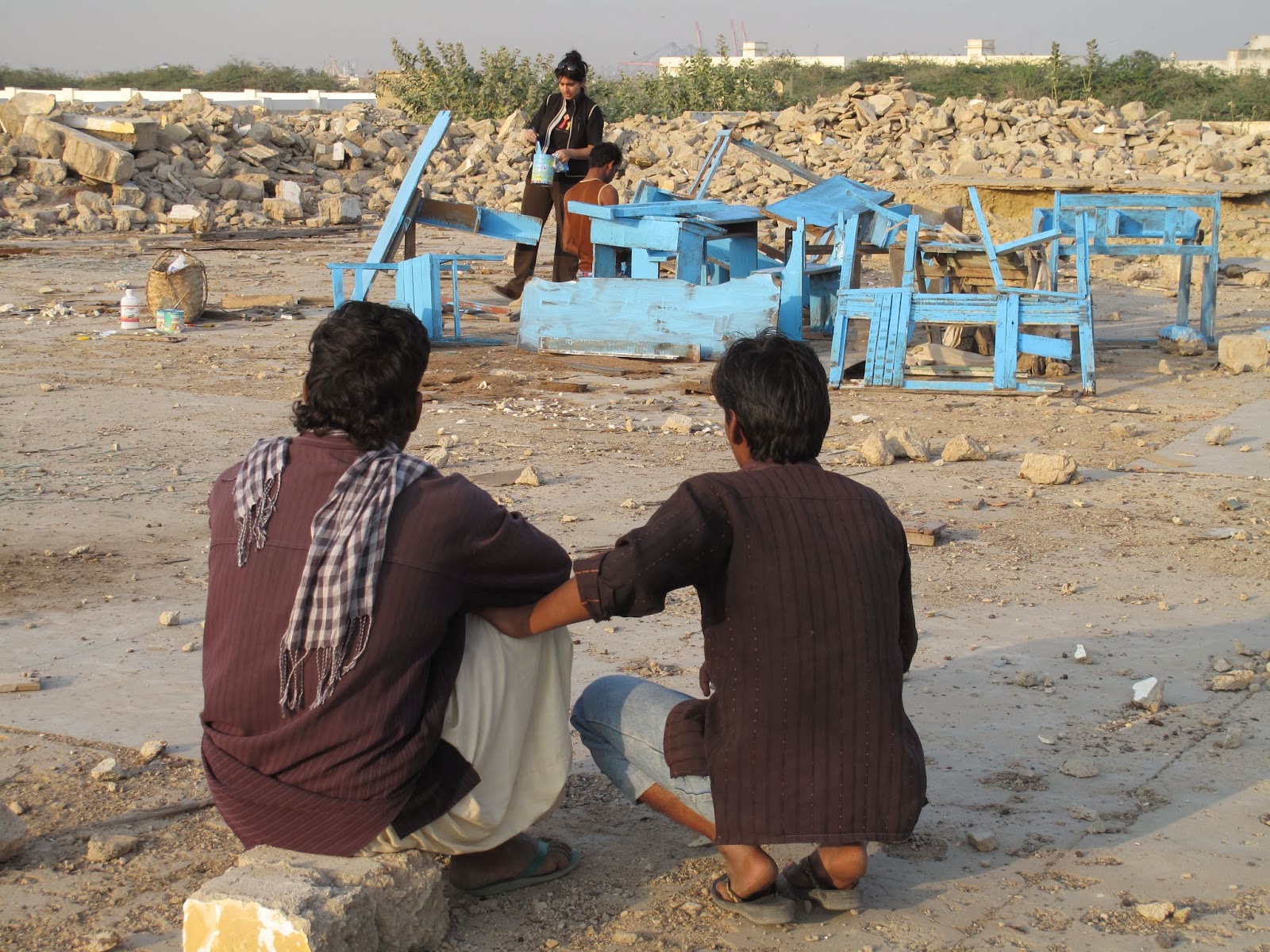 "Khan explores the culture and history of Manora island, which stands at the strategically important entrance to Karachi’s harbour, in a series of beautiful ink-and-watercolour drawings, as well as film.  Manora has been at the crossroads of history since the time of Alexander the Great. Here are a Hindu temple, a 19th century lighthouse built by the British, a meteorological observatory and the more recent debris of demolished government school.  In the cleared rubble Khan came across a pile of broken classroom furniture. Her film, Homage, documents how she created an impromptu memorial to children who were buried and killed here by a collapsing wall.

The island is a microcosm of a city and society; Khan has followed the well-worn credo that artists are often well advised to work with material which is familiar. Working closely with such material allows Khan to create an intimate portrait, which never descends into bathos or sentimentality. Her film of the derelict meteorological station is overlaid with readings from a weather log, which includes numbers of  deaths caused by natural disasters. This allows her to offer an oblique commentary on the daily litany of death, fuelled by ethnic and political conflict." 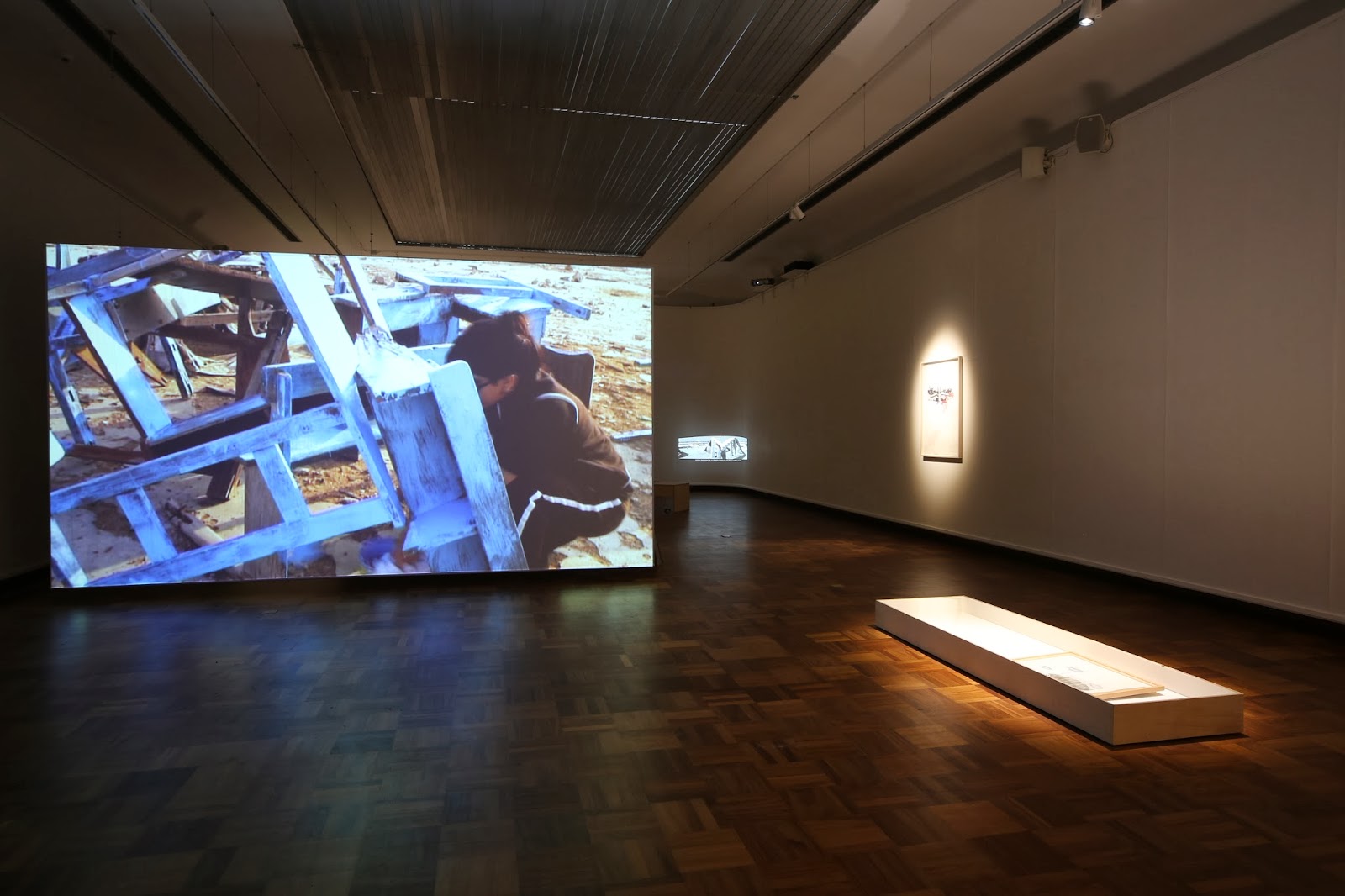 Posted by ExhibitionDJCAD at 07:22 0 comments