A dizzying array of images, words and objects grasp the eye and the mind with an embrace intense enough to cause vertigo. Almost visually feverish in its multiplication of associations and connections, the work of Anna Oppermann can appear impossibly complex.

The installation of Oppermann's 'Cotoneaster horizontalis' is currently underway in Cooper Gallery before the work is revealed in it's full glory on Thursday evening at the Preview. Below are detail photographs of some of the smallest component parts of the ensemble during install. The ensemble will reach and stretch out from the corner of the gallery occupying walls and floor composed of hundreds and often thousands of drawings, paintings, photographs, texts, slogans and objects. 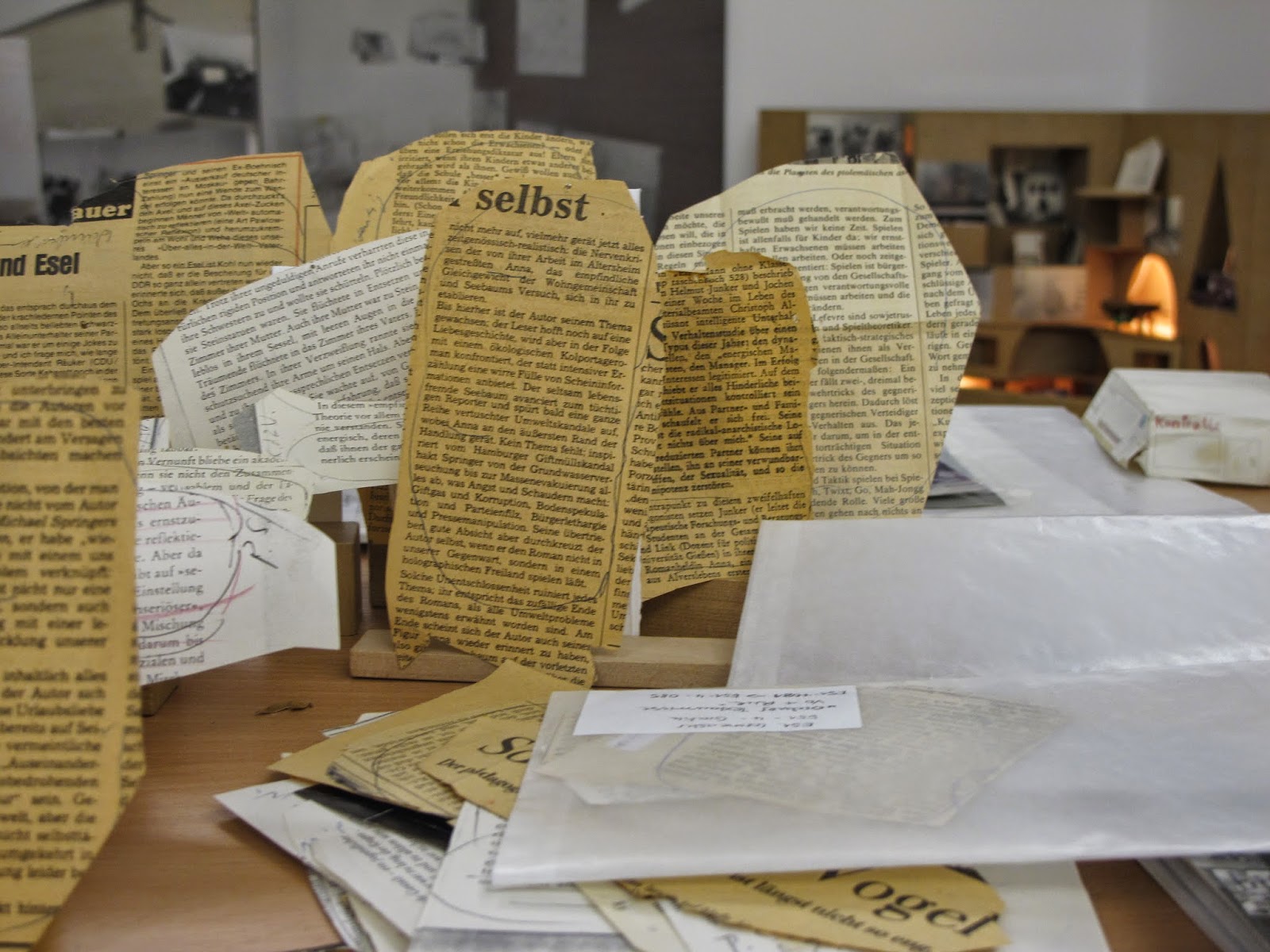 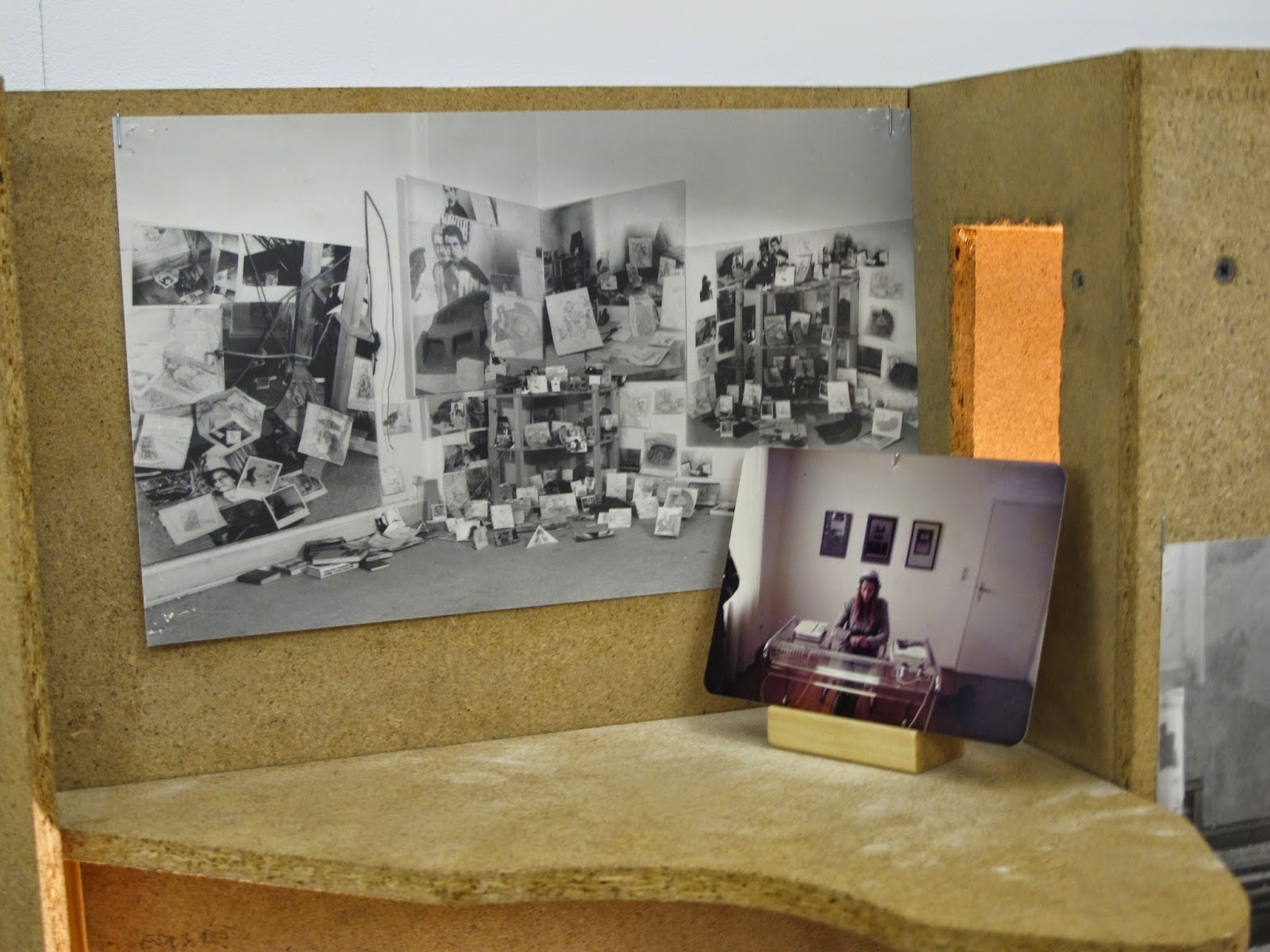 Oppermann’s distinctive art works lay bare the process of perception, awareness and the very practice of thinking itself. The exhibition is conceived from a specific curatorial intention bracketed by two key moments; a period when Oppermann started exploring her notion of ‘Ensemble’ and later when she was established as a tutor at the University of Wuppertal and facing the conservative practices of academia. By drawing out the interrelation of the personal and the political in the development of Oppermann’s practice, this curatorial approach provides a context in which to situate a body of archival material that foreground the social and biographical factors informing her oeuvre.

To correlate with the catalogues, personal notes, sketches, photographs and ephemera, the archival strand in the exhibition will feature a documentary film from the collection of the Center for Art and Media (ZKM) in Karlsruhe, Germany; made by the experimental German film maker Michael Geißler, it records Oppermann guiding her subject through the ensemble she produced in 1977 for documenta 6.

More information about the exhibition and events is available on our website: http://www.dundee.ac.uk/djcad/exhibitions/exhibitions/anna-oppermann/

Posted by ExhibitionDJCAD at 02:21 0 comments